Small changes... and a new book. 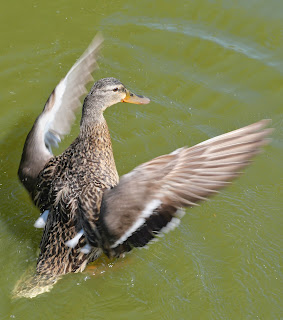 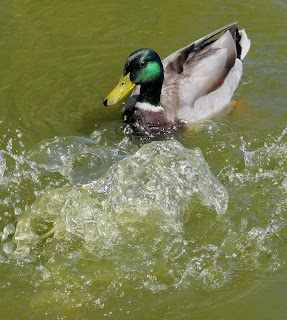 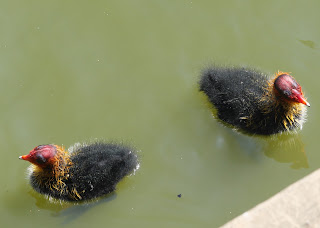 Plenty of frisky Mallards but no young since the doomed family back in January. I guess the Coots will have started off with more than two young a few days ago.

Migrant wise one or possibly two new-in Willow Warblers were singing sweetly although destined to move on to more suitable habitat. A small but definite increase in Blackcaps ( five or so) and Chiffchaffs (four at least) plus the first Whitethroat of the year not yet in song which just leaves Reed Warbler to arrive. Curiously for such a nice day no Buzzards nor indeed any overlying birds other than gulls. Not even a new for year butterfly despite the nice conditions. 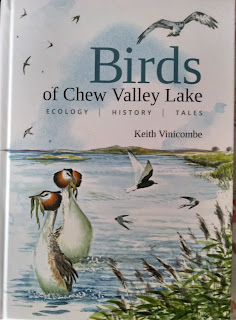 This was an unusual purchase for me as I rarely buy 'Birds of...' books other than two home counties worth of avifaunas - Sussex and Hampshire. However this is as good as anything written elsewhere, a thorough delight to read with nice, pertinent photos and plenty of the late Laurel Tucker's artwork. With an extensive bird list and a good number of rarities this must be a great place to have as a local patch - I'm  green with envy. Mark Avery's review here and Birdguide's review here

Monday was a minimal outing with just a Sparrowhawk heading West over the shops - curious that after 4 months with not a sniff of Sprawk I'm on a roll of 6 out of 8 days!! Maybe local breeders?

Today a Goldcrest (heard only) was in the conifer behind No. 7 and another was again invisible in a conifer in the park's cottage garden. Over brunch a distant and barely audible Firecrest came down the slope until much louder; a Nuthatch was also very noisy.

By the pond only a single Moorhen, but I'm guessing the second bird was hidden on a nest, and two Mallard  looking a little out of place here. At least six Siskins were down drinking or bathing by the bridge and a Mistle Thrush dropped in for the same but was too timid to tolerate my presence. Elsewhere just a single Chiffchaff and one Slow Worm under corrugation. With the early morning sunshine replaced with totally overcast cool conditions, insects were a nil and just patches of Lesser Celandine to provide some colour.

Finally, after nearly 12 months, a Kestrel on patch hovering at tree height by the road and from the car was nice to see.

Further east an eagle was over Havant - interesting to see the track on this one. Plenty of irate Herring Gulls around the house but none seeming to point to an eagle or indeed any other raptor.

Still too cool for any new insects and still no sight/sound of any Willow/throats and being post lunchtime on a nice Sunday, the whole area was rammed with people, kids, dogs and urban noise! A brief skywatch produced the first Peregrine of the year - maybe one of last year's  regular birds?? - and a minute later a Sparrowhawk went east carrying prey. The former was, surprisingly, ignored by all the gulls and doves although the latter did stir the doves up a bit. Still a handful of Shovelers.

Not an eagle...but a better raptor

Cold weather has impacted insects and the only bird of note, whilst queuing for a panini from the local take-out, was a Sparrowhawk pursued eastwards by irate, squawky Starlings

Thursday was a write-off with pain levels too high for anything.

Friday's patch walk was pretty minimal with the cold wind keeping things down and, despite other sites seeing an influx of typical spring migrants, no evidence of change here. A couple of Med Gulls were drifting off to the north before Herring Gulls alerted to two soaring raptor one a Buzzard but the other, larger and longer winged, showed itself to be a fine 'patch tick'  Osprey - not quite as good as an IOW eagle but very pleasing nonetheless. Downside was losing the Papilio rain guard on only it's second outing!!

A Naturetrek live broadcast after lunch from Ecuador showed some nice birds including Plate-billed Mountain Toucan, a nice reminder of 2003's visit.

Elsewhere, the unthinkable happened  with Devon's Northern Mockingbird disappearing and rocking up at Pulborough of all places - what are the odds of it landing in the garden of a birder who knew what it was and who was able to get the news out. No sign of it on day 2 though. And the White-throated Sparrow also popped up in Sussex again.

Some days the lack of variety and overwhelming number and noise of people on an urban lockdown 'patch' is just so, so exhausting!! Sadly unlikely to be any let up over the Easter holidays.

Little change songbird-wise with no Willow Warbler yet and still a few days too early for the local Whitethroat territory.  Then again, going out over lunchtime is probably  not the smartest move!!

This smart Small Tortoise shell was new for the year and a few Small Whites patrolled the hedgerows but no other butterflies surprisingly. A very bright Andrena (fulva maybe) got away but this Bombus vestalis stood out especially with the help of the new Papilios which, whilst best at close quarters, still gave nice 6.5x views of an overhead Buzzard. I think these will be default go-to binoculars for all casual or insect-based watching in the months ahead. 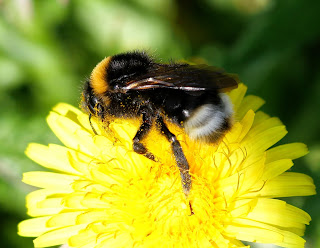 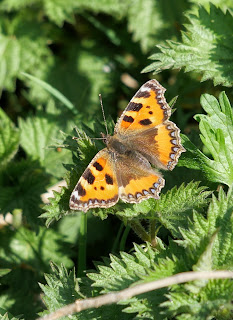 A bit of a buzz in the air 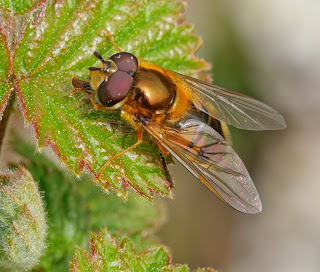 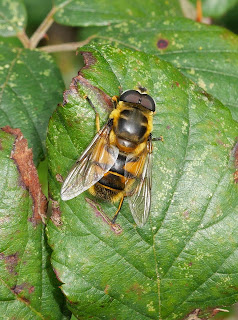 Yesterday's  weather was a bit of a let down being totally overcast all day with the highlight being Mark's zoom presentation on Kabul.

Today was an improvement and the mass of flowering Blackthorn had lots of insect activity but mostly at too high a level to see much - hopefully Saturday's  delivery of Papilios will help -  but Eristalis were very prevalent and Bee Flies were more plentiful than any day so far. The 'squirrel' hedge held the first Syrphus and Myathropa florea (above) of the year plus Epistrophe eligans (also above) and a few others and along here and the roadside scrub several first Common Carders. Two Blackcaps were on territory along with a single Chiffchaff but no Willow Warbler yet, but a third Cetti's was very close (and loud) at the midway point.

A  few small pulses of inbound Meadow Pipits went north with one coming within inches of the claws of a marauding Sparrowhawk, a different bird to Tuesday morning's female.

Just one each of both black-backed species amongst the other gulls.

Virtual nurse appointment with promise of new drug in the days ahead and continuing fortnightly blood tests until the summer!!

Another 2020 release eagle did a close fly past yesterday being seen by various Worthing birders before heading directly east-west over town at 200+ metres, and would have been visible again from the back bedroom and certainly from the pre-lunch walk if I'd  delayed it by an hour!! Then, off behind Titchfield, across Southampton Water and the short crossing back to the IOW.

It's Tuesday which means...

..yay.. another blood test!! And so it's seems more time spent in the company of the phlebotomist than anyone else over the last year. On the bright side, the bespoke NHS-made cushioned innersoles collected today are the real deal and fit really well.

Up early enough to see a fine female Sparrowhawk slip very close past the bedroom window using the rather slow almost display-like flight, well lit by early morning sunlight and followed by a small trail of Starlings - presumably yesterday's pond bird. Having taken three months to bump into a sprawk she or another was up over the pond at lunchtime flushing the feral doves and being watched closely by Goldfinches and yet more Starlings.

Yesterday's Blackcap had decamped and even the Chiffchaffs were silent leaving just the Cetti's  now favouring the area around the swan's nest. Surprised to see a Moorhen feeding a reasonably sized (single) youngster not having encountered any chicks in previous visits.

And elsewhere the new parents at Chichester have a second egg.

Oh and some Papillios from Amazon to help with insect watching should arrive by the weekend. 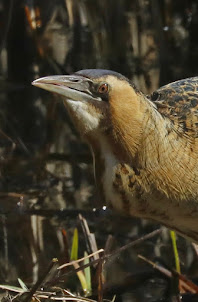 Russ
Retired now and birder since 1966. Mostly now birding Hants and West Sussex , looking for hoverflies and taking photos of anything that takes my fancy